As we end the quarter April -June 2016, we are happy to share the results of IndusWealth model portfolio. 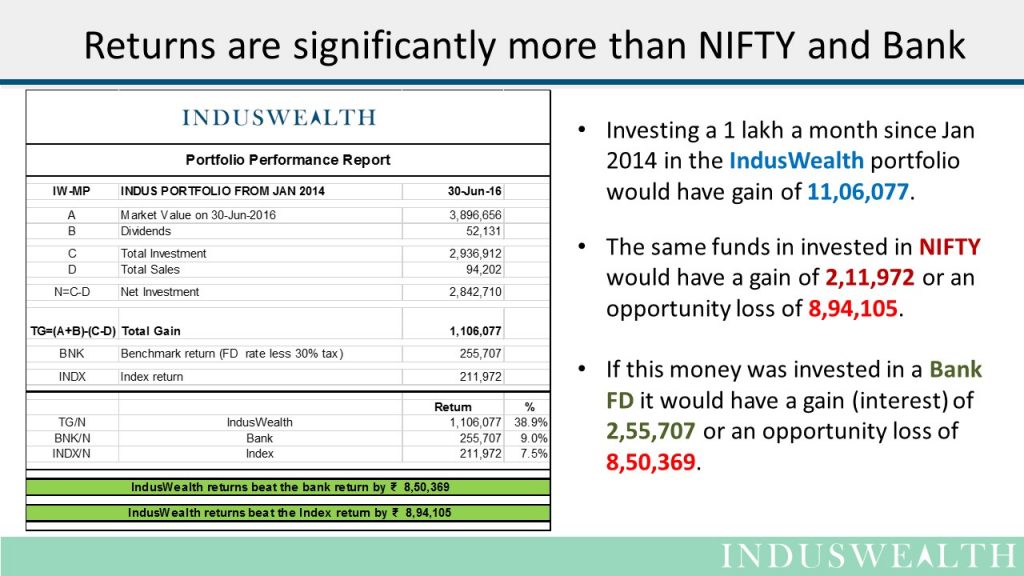 Results for IndusWealth can be downloaded from the links below:

It’s been an eventful quarter, “Brexit” & “Rexit” have both happened. There is a lot of “sky is falling” kind of sentiment. I am not suggesting that these events are not significant, just stating that when we look back at these events 10 years from now, I am sure, our perspective will be different. I also believe that businesses and societies will adapt to new realities and this will become the new normal soon.

Most of the world is clamoring for growth and jobs and there is a certain amount of disappointment with status quo across various countries. Briext, US elections, turmoil in Europe, political noises in India point to this fact.

Let’s look at the historical drivers of growth. There have been 3 key drivers – Population, Productivity and Capital. Historically growth experienced by a society was approximately equal to the population growth + increase in productivity.

If we look at the world from this lens

Let’s look at opportunities and challenges for India:

If we take a 10 year view of the economy, I believe, that some of these challenges will be overcome, we will cash in on some of these opportunities, and we will have a reasonable growth.  You may want to read our blog “Sensex in 2025”

Investing is all about having the right process of selection, discipline to execute it, and patience for the results to unfold. Investing is a bet on the power of compounding, where waiting is the key. Watching ones investments is like watching grass grow – one who is watching it continuously is bound to feel anxious, but a sporadic watcher will always be surprised by how much it grows in a short time.

We believe that India offers interesting investment opportunities for the long term investor.