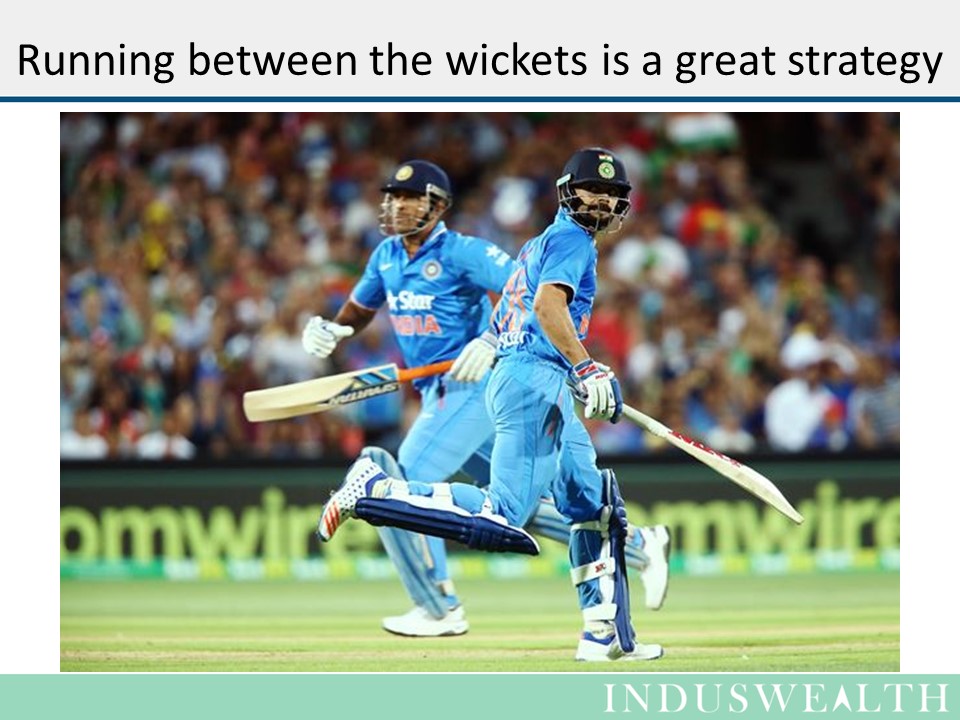 Virat Kohli & MS Dhoni showed that by good running between the wickets and hitting the odd poor ball to boundary one can safely score about 9 runs an over. This may not seem like a great approach but only 10 of the 46 scores in T20 world cup were 180 or more.

Running between the wickets does not have the glamour of hitting the big boundaries, but it can’t be discounted as a reasonable strategy. I am no cricketing expert, but a lot of sports teams have shown that getting the basics right will give a team reasonable odds to be on the winning side.

It would be incorrect of me to say that hitting big boundaries is a poor strategy, West Indies did just that with four booming sixes in the last over. But, there will be more examples of teams who went for the big shots and lost out on making decent totals.

Investing is a bit different from sports as there is no cup to be won in the end and over 70% of the investors (including professionally managed funds) lose to the market average.

Taking a disciplined approach where one is beating the averages on a regular basis can help one generate returns which are very good. Investing is the only game where being the average will put one in the top 30%!!!

Most people would do reasonably well by doing 3 simple things

Recently, I was talking to a group of people and was walking them through the wealth they could accumulate by putting small sums away. We were discussing that one could accumulate Rs 3 crores over 35 years by putting away just Rs 8,500 a month. Most agreed that they could put away that amount without any trouble and the overall approach seemed simple and profitable.

In the end, I predicted that most of the people in the group will fail to follow through. The reason for my prediction was that for most being disciplined is not easy.

If being disciplined was easy, then the average runs scored by teams in the T20 world cup would be closer to 180 instead of 150.